The Italian-immigrant Zappes and their German neighbor Helmstetters lived at the intersection of Mathilda and Yew Streets in working class Bloomfield. Tensions between the families, which paralleled the growing tensions between earlier-arriving Northern European WASP immigrants and more recent arrivals from Southern Europe, were high. 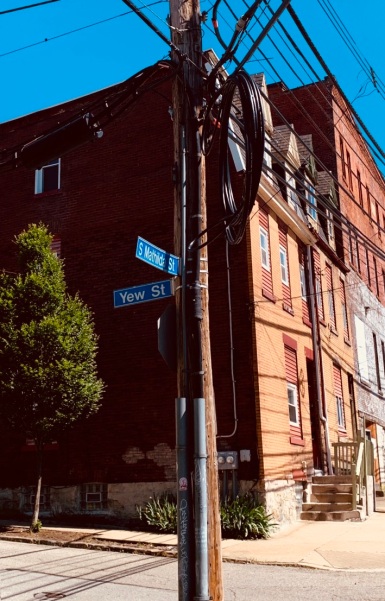 It is richly and tragically symbolic that those tensions, centering as they did on who gets to be an American, came to a head on July 4, 1892.

The 26-year old, Allegheny City-born Helmstetter worked as a copper.

Angelo and Joseph Zappe and five other members of their extended family were immediately arrested.

The epic Battle of Homestead, a red-letter day in Pittsburgh and labor history, followed only two days later. This remarkable episode, in which a private army fought and killed the workers and residents of Homestead with impunity and in which the public officials and public processes of Homestead, Pittsburgh, and Pennsylvania were subordinated to private power, revealed a defining fact of industrial Pittsburgh – that it was a company town.

Within a decade, Carnegie Steel would become United States Steel, a vertically integrated behemoth of coal and iron ore mines, steel mills, railroads, and steamships that controlled and profited from every link in the productive chain in a nation laying railroads and building warships, skyscrapers, and, soon, automobiles at a furious pace. Its principals, Carnegie and Frick, were among the richest men in the world, better known today for their philanthropy and art collections than for the ruthlessness that produced them.

Its labor force – the Zappes and tens of thousands of new immigrants and Black migrants – saw their wages cut sharply, their hours expanded, their working conditions worsened, their organizations dismantled. The craftsmen’s empire had been destroyed and the brutal efficiency of America’s Second Industrial Revolution had begun. The next three decades would witness the most productive, wealth-creating, and labor-immiserating era in American history. Pittsburgh was at its center.

Tried together, Angelo and Joseph Zappe, who argued they acted in self-defense, were convicted of first-degree murder on September 29, 1892, and sentenced to death the same day. Reflective of those changing patterns of immigration, they were the first Italian immigrants to be sentenced to death in Allegheny County. Charges against the other five defendants were not pursued.

The Zappe’s appeal to the state supreme court failed. A vigorous pardon campaign was then mounted, including entreaties by the Italian Consul in Toronto, where the Zappes had previously lived, as well as their Bloomfield neighbors and members of their jury, emphasizing that the circumstances of the case did not constitute first-degree murder, that Joseph Zappe was not involved in the killing, and that the Zappes had an excellent reputation in the neighborhood.

Agreeing in part, the Pardon Board recommended commutation of Joseph Zappe’s death sentence to life imprisonment on November 28, 1893.

Angelo Zappe was executed on December 14, 1893. He strangled slowly before being pronounced dead ten minutes after the trap was sprung. From the gallows he emphasized that his brother, Joseph, was innocent and should be spared.

Joseph Zappe’s death sentence was formally commuted to life imprisonment on January 18, 1894, just over a month after his brother’s execution. He was transferred to Western Penitentiary. Four years later, he was adjudicated insane and transferred to Dixmont State Hospital.

Joseph Zappe died in the Allegheny County Hospital for the Insane on July 23, 1934.

This story from 1897 nicely captures the anti-immigrant tensions faced by Italian and other Southern and Eastern European “new immigrants” during this era. Note how the fight is characterized as a “race riot,” how earlier-arriving and Protestant Northern and Western European immigrants are characterized as “Americans,” and how a distinction is made between the “injured men” and the Italians.