James Newton Hill was married, had a young daughter, a good job in the burgeoning steel industry, and a home in Tarentum, more than twenty miles east of Pittsburgh. At Apollo Iron and Steel, he worked under Emil Rotzler, a Swiss-born metallurgist with whom he developed a friendship and then a partnership owning racehorses.

When the affair became public, Rotzler fired Hill. Weeks later, on December 22, 1891, Emil Rotzler died at age 37. Though these circumstances raised questions among some about the cause of Rotzler’s death, no investigation appears to have been conducted.*

Hill then went to work at Allegheny Steel, a job that required that he board on the North Side during the week. Rosa Rotzler began to visit him there, and then relocated with her son to that neighborhood.

According to subsequent testimony from Rotzler’s son, Edward, in February 1893, Hill came to their home to request money to support a business venture. When Rosa refused, Hill brandished a gun and threatened to beat her and Edward. 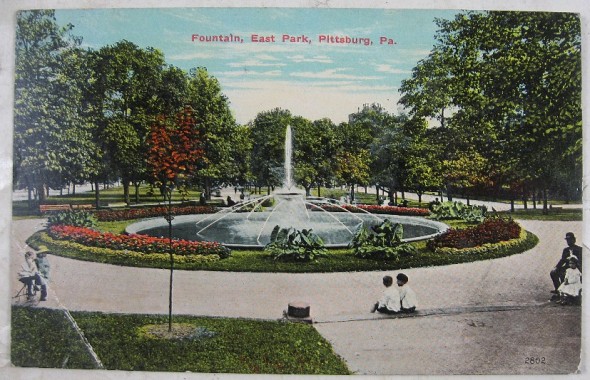 Then, on the mild late winter morning of March 7, 1893, in East Park, on the North Side, Hill shot Rotzler twice and slit her throat. He then slit his own throat. When police found them, Hill was carrying unsigned loan papers.

Due to the seriousness of his injury, it was widely expected that Hill would die. Indeed, his survival became the subject of an article in a medical journal.

The initial understanding of the case, based on a story Hill told and insisted upon throughout the case, was that both he and Rosa had been attacked by an unknown assailant. At trial, Hill’s counsel presented the defense that this unknown assailant committed the murder and was seen fleeing. The case, featuring an attractive and wealthy French widow, an affair, a murder, and an attempted suicide, was a sensational news story that received national attention.

Hill’s defense collapsed when the prosecution presented the man who was seen fleeing, who testified he ran when he discovered the bodies. Hill was found guilty on November 16, 1893, and was sentenced to death on January 27, 1894.

A complicating factor was that Hill’s serious neck wound made it impossible to hang him without risking decapitation. His attorney made this concern the central argument in his successful commutation effort, stating that “[h]is execution under the sentence of the Court would only result in a horrible and disgusting exhibition of human torture.” 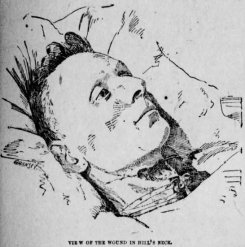 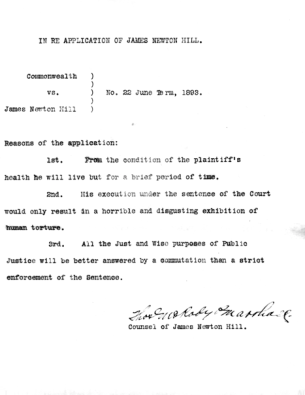 Based on that argument, supportive letters from neighbors and clergy, and petitions signed by hundreds of people, Hill’s sentence was commuted to life imprisonment on October 30, 1894. He served his sentence at Rockview State Penitentiary.

After almost 27 years in prison, James Newton Hill received a full pardon and was released from prison on March 17, 1920.

James Newton Hill died in Pittsburgh on April 23, 1936, more than 43 years after sustaining what were thought to be fatal self-inflicted injuries. He was 76.

* Emil Rotzler died in Armstrong County, Pennsylvania. His will, signed April 30, 1891, left all of his assets to Rosa. Death records from that county are available beginning in 1893. No publicly available information addresses the cause or circumstances of Rotzler’s death.