Bennie Graves was babysitting the two children of his step-sister, Yvonne Weston, in their 7258 Campania St., East Liberty home on February 17, 1979. During the evening, Graves sexually assaulted 10-year old Lynette Weston. When her 11-year old brother, Lloyd, Jr., came to her aid, Graves strangled him to death. He then killed Lynette.

When Yvonne returned the next morning from working the night shift, she found the children dead. Graves called Yvonne later that morning to inquire about the children, claiming he had been forced from her home at gunpoint by three intruders early that morning.

Graves was arrested later that day after lengthy questioning by police. Prior to his arrest, he agreed to give police hair, saliva, fingernail evidence, and to allow pictures to be taken of scratch marks on his back. Graves later claimed he was beaten by police.

At trial, Graves was convicted of third-degree murder for killing Lynette, the jury’s theory being that the killing was incidental to the rape, and first-degree murder for killing Lloyd, Jr., the theory being his killing showed more premeditation. As there were no eyewitnesses, the case against Graves rested primarily on blood, hair, and other physical evidence collected at the crime scene.

Graves’s death sentence was vacated and he was sentenced to life imprisonment on December 30, 1980, after Judge Joseph H. Ridge, who presided at Graves’s trial, ruled that the jury had erred in imposing a death sentence without clearly establishing that the murders occurred in the perpetration of another felony, a requirement under the state’s new death penalty statute.

After his release from death row, Graves continued to challenge his conviction. His claim that the physical evidence used to secure his conviction was obtained improperly was dismissed (Commonwealth v. Graves, 310 PA. Super. 184, 1983) when the court ruled he consented to providing the evidence and the evidence was gathered prior to and separate from his arrest. His challenge to the qualifications of the experts who testified for the state was likewise rejected. 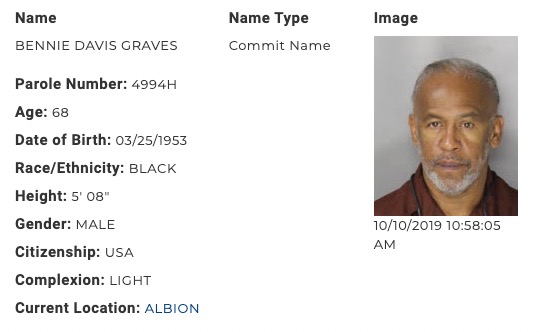 The father of the murdered children, Lloyd M. Weston, Sr., was a football star at Westinghouse High School and a defensive lineman at the University of Pittsburgh in the 1960s.