In the months after the racially-charged murder case of Philip Hill began the Carnival of Blood, Luther Huddle and Tucker Harris killed Joseph Mondini, an Italian immigrant working as part of a crew excavating a railroad tunnel near Unity.

The killing, just after midnight on October 1, 1897, occurred as part of a robbery. Mondini was just completing his lunch break and was returning to the night shift with a co-worker, who escaped unharmed. 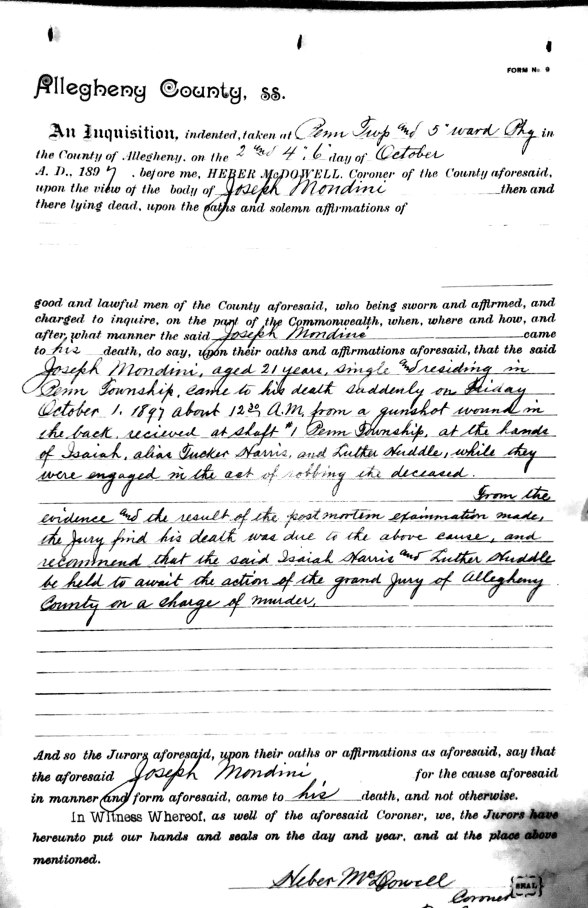 Huddle and Harris lived in Pittsburgh’s Hill District but had been staying for a few days in the camp of black miners at Unity. While there, they engaged in a series of robberies.

They were arrested in their homes in Pittsburgh later on the day of the killing.

Before and during the closely watched trial, Huddle and Harris each implicated the other for the murder. 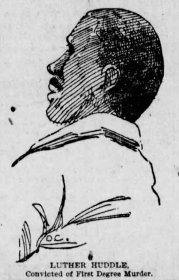 Huddle’s death sentence was commuted to 19 1/2 years in prison, the same sentence as Harris, on January 20, 1898. The Judge who presided at Huddle’s trial wrote on behalf of such a change, noting that he believed Harris was “the more intelligent of the two and more to blame in the whole affair.” Under such circumstances, “it would be a reproach to the administration of justice to allow Huddle to be hanged.” 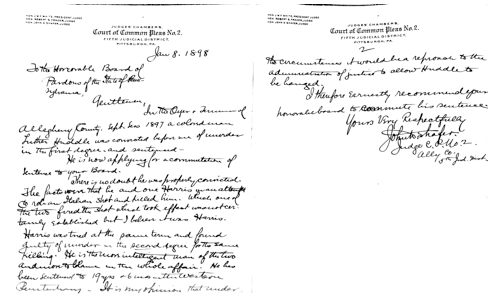 Huddle survived his imprisonment and went on to work as a coal miner in Washington County.

One thought on “Luther Huddle”